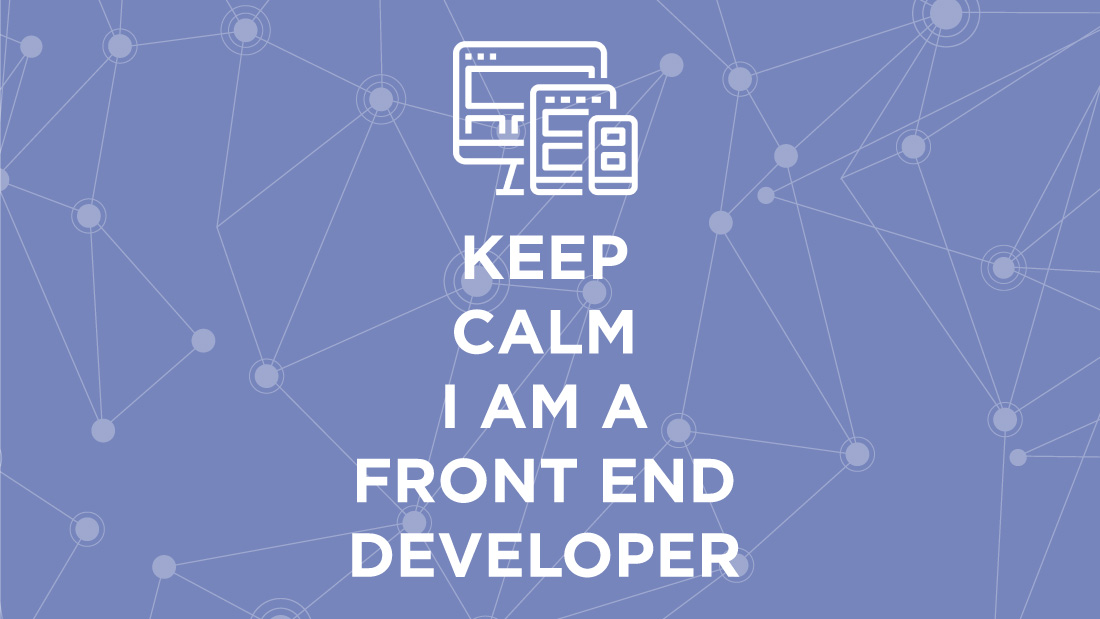 There can be many layers between the hardware part and the user within a software architecture. For each of them, we can say that there is a back end part and a front end one. The front is an abstraction that will simplify inferiors elements by providing an easy to use interface, while the back usually deals with the business layer and data storage. To simplify, we can say that the front end (or client) is the part manipulated by the user. The back end code is placed on a server, often located very far from the user.

Web ecosystems are increasingly rich, for example they are made up of several web portals (CMS PHP) and mobile applications (Android, iOS, WindowsPhone). In this context, the front end developer is likely to take over all or some elements of the front end.

A young front end engineer will focus on the development, the validation, the testing and the documentation parts of projects, while the more experienced programmers will be involved in the functional and technical analysis of the need.

That’s it for the “classical” profiles.

In the last few years, professionals in web design, who have acquired knowledge of development, have been added to these engineers such as UX designers for example.

These web designers use DTP tools (Desktop publishing) in order to design their models. They also integrate these tools, like traditional developers do.

So, the delimitation development front end/web design is not as clear as before.

To become a front end developer, a Master’s Degree in software development from an engineering school or the university is required.

“Web design” profiles have mixed courses, combining computer development and studies in the field of multimedia, for example at the Gobelins school in France.

He is a software engineer specialized in front-end technologies and languages, for example HTML/CSS, Javascript or jQuery.

Both of them know by heart the characteristics of all the main web and mobile browsers and monitor with attention the developments promoted by the W3C standardization organization.

In France, a recent graduate front end developer can expect a salary from 33K€ to 36K€.

OUR JOB OPPORTUNITIES
Hello! We would like to place some cookies on your browser to improve your experience on our site. They will also help us to improve its performance. Do you agree? AcceptDecline Settings Read more
Privacy settings

This website uses cookies to improve your experience while you navigate through the website. Out of these, the cookies that are categorized as necessary are stored on your browser as they are essential for the working of basic functionalities of the website. Also included in this category are "statistical" cookies that do not require prior consent because they do not share personal data.
We also use third-party cookies that help us grow the number of visitors of our website. These cookies will be stored in your browser only with your consent. You also have the option to opt-out of these cookies. But opting out of some of these cookies may affect your browsing experience.

Any cookies that may not be particularly necessary for the website to function and is used specifically to collect user personal data via ads, other embedded contents are termed as non-necessary cookies. It is mandatory to procure user consent prior to running these cookies on your website.