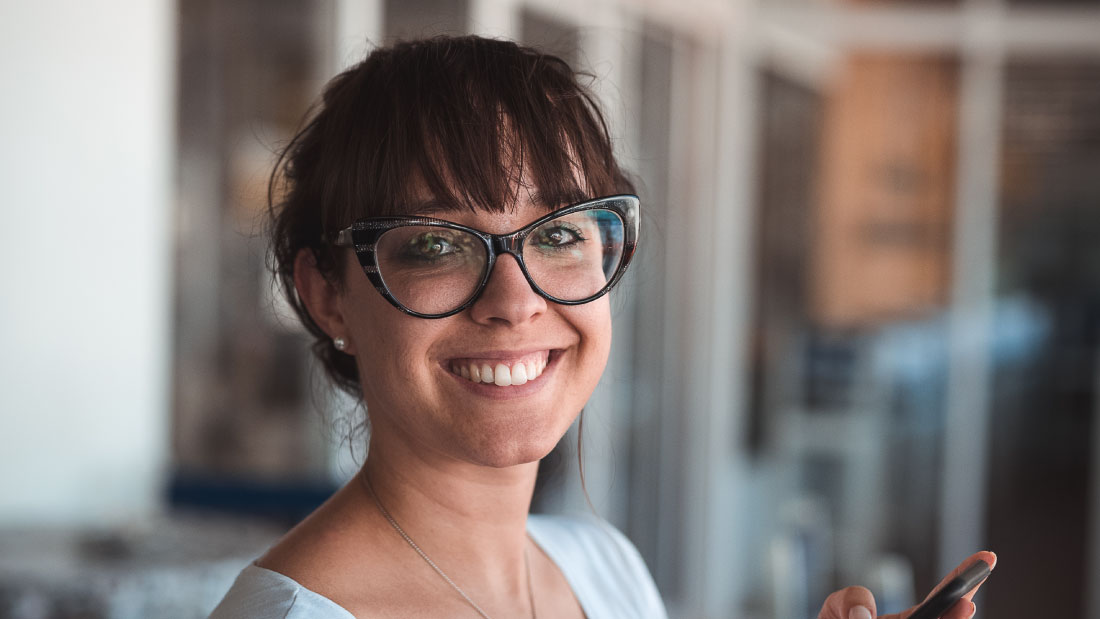 Fanny is a female programmer who graduated from Polytech Nice-Sophia University. Specialized in the fields of vision, image and multimedia, she has created several graphical interfaces with the Qt framework before expanding her field of action. Fanny presents her job and explains why she joined AViSTO.

Q: How did you become a programmer?

Fanny: After the BAC, I went to the University of Nice-Sophia Antipolis, specialty math-chemistry. That’s where I discovered programming and it interested me a lot; so, after 6 months, I went on a computer license. Following these 2 years, I continued my training at Polytech Nice-Sophia, which offered a curriculum in computer science. For 1.5 years, I took “generalist” courses, before choosing the specialty vision, image and multimedia. I did my last year working at the same time in a company producing 3D software for image processing, architecture and so on. Then, a few months after graduation, I joined AViSTO.

Q: Can you please describe your job as a programmer?

Fanny: My first two years at AViSTO, I developed a lot in C ++ with the Qt framework. Qt is an object-oriented API that offers everything you need. I used it to create graphical interfaces. In my project, I was quite free: our client presented us his need, we then made proposals. I realized the interfaces from icons or images found on the Internet; in general, I like “tinkering” in Photoshop. There is an artistic side in the graphical interface, that’s what I like a lot.
And since about a year, I work on elements around the graphical interface, especially in the network domain.

Q: What do you like about your job as a C ++ programmer?

Fanny: In addition to computing itself, I like knowing the context of projects, discovering new areas of application, it allows me to learn many things.

Q: Do you have a typical working day?

Fanny: Not really. In general, at the beginning of the project, we will focus on the specifications. In the middle, we will code. At the end, we will prepare the documentation. That’s the general framework, but it evolves according to the needs of the customer. For example, he can ask for a digital model in urgency, and we will adapt.

Q: What made you want to become a programmer?

Fanny: I can not say exactly. I had computer courses in college and it interested me a lot more than anything else; probably because it was new too. I discovered everything that could be done with software programming. We type 3 lines of code, we launch and we have the result, it is concrete; in college, I was a little detached from maths, which, on the contrary, seemed more and more abstract.

Q: Younger, did not you have a special attraction for computers?

Fanny: Yes I had. During my years in elementary school and college, I used PCs a lot with my dad, we did 2-3 websites together. In high school, I chose the option “engineering sciences”, it had interested me too, but it’s in college that I really discovered software programming. It really depends on the way things are taught to students.

Q: Why did you join AViSTO?

Fanny: In College, I had a number of negative preconceived ideas about services companies in general. So, after I graduated, I tried to get hired by several software vendors in Sophia Antipolis, without success. I ended up putting my CV on the Internet, I had a lot of job interviews, and then I was contacted by AViSTO. I did not know the company, I talked about it around me and a former student from Polytech recommended it to me. During my previous interviews, I had several times felt that recruiters were not really interested in me; during technical interviews, several times, I explained what I wanted to do and then I was told about something totally different. At AViSTO, it happened differently: people were listening to and there was a real exchange. Many projects were presented to me, we discussed, and that’s how I joined my team, very nice, in charge of long projects, which allowed me to continue to learn and progress. I feel good at AViSTO.

Examples of Software Developments in C ++ at AViSTO

AViSTO recruits programmers throughout the year. Discover the offers on our job board.

Many thanks to Fanny for her testimonial!